The Front: World War 2 RPG. The Village of Saint Hommlet. 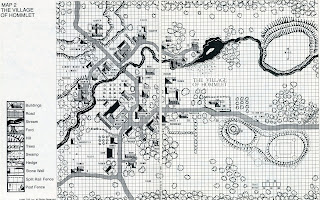 I stumbled across this game last week (The Front) and it immediately got the creative juices flowing. You can pick it up at Drivethrurpg for cheap-cheap. Most of us have a copy of The Village of Hommlet lying around, or The Temple of Elemental Evil. Grab the maps for the village and let’s begin. I have re-skinned it for The Front. This will be the first part (I hope) of more to come. The second being The Keep on the Borderlands, with the Caves of Chaos as a subterranean weapons facility, but for now…

It is D-Day plus 15, the 21st of June 1944 to be precise. From their initial landing point in, and around Utah Beach, and the village of Le Madeleine, the 82nd, the 101st ABN Divisions, and the 4th INF Division are pushing to take the port of Cherbourg, as well as the town of Carentan. They aim to head up the Carentan/Periers road to road to liberate Periers, before heading east to liberate St Lo.

Between the triangle formed by, Carentan, Periers, and St Lo, lies the village of St Hommlet.
St Hommlet was a sleepy agricultural town before the war, nestled among the bocage on the banks of the river Taute. Now it is home to Battlegroup Muller and a small detachment of Waffen SS.
The Resistance have supplied you with maps of the village. The maps might be old, but very little has changed in the last forty years or so, and it looks pretty much as it did back then. The Germans have a large number of POWs being held at the Moathouse.

The POWs are made up of men from the 82nd, the 101st, as well as stragglers from the 29th and the 1st INF Divisions. The Resistance are unclear on how many prisoners they actually have, but they fear that their execution at the hands of the Waffen SS is imminent. (Total of 86 POWs, of which 20 are severely wounded)

There are also several artillery pieces (88’s) in the village that are zeroed-in onto the road leading to St Lo. These will need to be taken care of before the assault on St Lo can begin. It is also safe to assume, given the presence of the SS, that there will be Panzer tanks in and around the vicinity of the village, however, the Resistance can neither confirm nor deny this.

• Rally with a small detachment of Resistance fighters outside the village. They will assist in the assault.( 30 in number, mixed weaponry, excellent fighters, led by Jean De Villiers)
• Once in the village, destroy the 88’s, destroy any tanks, and route the enemy.
• Rescue the POWs.
• Once these objectives have been met, head east (across country) towards the village of St Jean-de- Daye, on the Carentan/St Lo road, and await reinforcements before the push to take St Lo. The   Resistance will stay behind to hold the village until Allied forces can arrive.
• Good luck.

The composition of the attacking force is up to you, but for quick play, I have included one below.They are not at full strength, having been in contact every day since the invasion, they have lost about 50% of their fighting strength. What remains is:

In addition to this are the following:
•Two mortar groups ( a mixture of Smoke and HE rounds)
•Two Machine gun groups
•Two Sappers (Mine detection, mine lifting, and demolition experience.)
•One Radio man (dubbed ‘Lucky’ by his friends. Lucky that he made it this far as they are usually the first to go)
•Three medics ( Doc, Bones, and Wiley Coyote)
•One anti-tank squad ( known as the Acme Falling Piano Tank Removal Company)

The perimeter of the village is patrolled both night, and day. Guards use whistles to draw attention. 10 men in a loose group, every 25 minutes. There is a 60% that you will encounter them. They also use a half-track during the day. Sig 80 machinegun mounted on the half-track.

The patrol sections are as follows:

The Village of St Hommlet

8: Panzer Tank hidden inside barn. Drive-train is broken but the main gun still works and offers a 45 degree field of fire outside the barn doors.
9: Village Hall. Communications centre. Four VHF radios. One permanently tuned to Berlin, and the other three are for inter-battlegroup comms. Six signallers and four soldiers.
10: Small Recon/Sniper team. Five men in total. Three are always out on patrol.
11: Machinegun nest facing the bridge over the river. Four soldiers inside.
12: Same as above. The barn behind this building is an ammo dump guarded by six soldiers. The ammunition is both German and Allied. The Allied was part of an over-drop by the RAF during the initial invasion. All the weapons belonging to the POWs can be found here.
13: Field Kitchen and mess hall. Sixteen cooks. Four horse drawn stoves. Fresh supplies for two weeks and rations for another two.
14: Cavalry Horses. Two grooms looking after 8 horses.
15: Main guard house for Section One. Fifteen soldiers. Ten always on patrol, five resting. One senior soldier in charge. Usually to be found playing cards and generally relaxing.
16: Empty but booby-trapped with hand grenades on trip wires. There are several anti-personnel landmines scattered in and around the front door.
17: Houses four Gestapo agents. They were cut off by the advancing allies. They wear long leather trench coats, and shoot pistols. They also have poison capsules (cyanide) hidden in their hats. Their leader, Herr Grubber, has vital information sewn into the lining of his coat. It could be a map, codes, etc. Up to you.
18: Double storey. Looks abandoned but has four men on roof with radio to HQ and the artillery position at 32. Can call in arty if need be. Early warning system. One of them is a deadly sniper called, ‘Deadeye Dirk’.
19: Doctors Barracks. Usually empty.
20: Field Hospital. 5 Doctors inside with 8 medical assistants. 22 seriously wounded lying in beds, another 10 scattered throughout. None of the patients will fight and the Doctors would have to be forced at gunpoint to work on any of your men. They have more than enough medical supplies. This still used as a church by the soldiers. They even have their own Chaplain who spends his days in the library reading. He speaks excellent English and will hear your confession if need be.
21:  Rations storehouse. Locked and empty. A sandbagged machinegun position outside pointing north. Radio to HQ.
22: The old mill. Used during the day to make flour. Two cooks present in daylight hours. Double storey building and excellent lookout post.
23: Torture house for the Gestapo. They have been torturing the locals looking for information concerning the local partisans. A pile of dead bodies are at the back of the house.
24: Panzer Tank, hidden by cammo nets in amongst the trees. Tank crew lying lazily in the shade, drinking and regaling one another with lustful conquests of their lives before the war.
25: Battlegroup latrines. Normally four or five soldiers here at a time.
26: Fuel Dump. Over 100 barrels of fuel stored here. Two men on guard.
27: Ammo dump and guard house. Contains four flamethrowers and two Panzerschreks.  Ten men on patrol, five inside listening to Edith Piaf on the phonograph.
28: Empty. Booby-trapped.
29: Driver’s barracks. Five half-tracks parked outside.
30: Machinegun nest. Sandbagged and camouflaged.
31: Tower. Waffen SS position. Snipers and spotters on roof. 15 troopers inside. All armed with sub-machineguns. Field telephone to the Moathouse.
32: Battery. Six, fully functional 88’s ready to fire. Gunners and bombardiers relaxing, smoking cigarettes, and drinking purloined wine… wishing they were anywhere other than here. Four guards walk a loose perimeter around the battery, as well as ten who circle the forest itself. 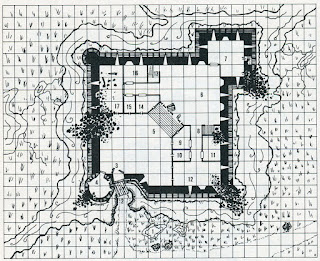 1: Machinegun nest. Sandbagged and camouflaged.
2: Two guards, relieved every four hours.
3: Two guards, relieved every four hours.
4: Artillery spotter and sniper. Have radio comms to Battery in forest.
5: Parade ground.
6: Hall converted to barracks for the soldiers.
7: Captain’s room. Photograph of the Fuhrer next to his bed. Ladies silk underwear hidden in the bottom of his locker. Cartons and cartons of Lucky Strike cigarettes. There is also a plunger for the explosives that ring the entire building.
8: Stairway down to the basement where the POWs are.
9: Radio Station. Two signallers (not SS) drunk on stolen cognac, gorging themselves on chocolate and baguette.
10: Staff Sergeants room. If not on patrol, he is in there writing letters home or doing push-ups.
11: Machinegun nest. Sandbagged and facing east.
12: Sniper. Uses the arrow slit as a vantage point.
13. Stairs down to the basement where the POWs are.
14. Kitchen for the SS. They have a Chef, not a cook,but a Chef.Does a lovely Sunday roast.
15: Ammo room.
16:  Spotter. Looking north.
17: Machine gun nest. Looking west.
Downstairs: The POWs are to be found here and are more than happy to take up the fight with you if need be.

There you have it, a bare-bones game for The Front. Enjoy! 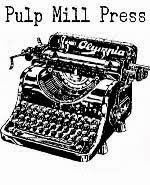 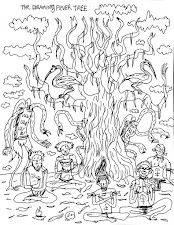 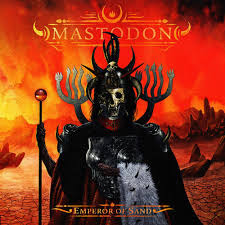